How much do estate agents charge to sell your property? 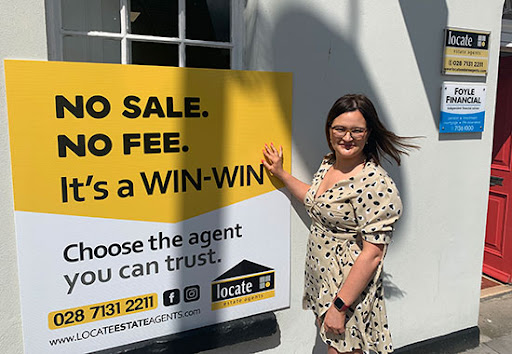 Competition between local estate agents is normally pretty fierce. Yet most turn over large sums and seem to do very nicely financially come rain or shine.

For some agents the primary objective is to get the most ‘instructions’ and maximise the number of properties placed on their books.  Some target-driven corporate firms have ‘negotiator of the month’ incentives to this end. But the easiest way to win business is to appeal to sellers by overvaluing.   This can cause problems furth down the line if the property sticks on the market for months on end, or when the mortgage valuer downvalues it.

The other way is to attract clients by charging lower fees than the competition. So what level of fees should you expect to pay?

This typically varies anywhere between one and two per cent of the sum achived for the completed sale (plus VAT).

Deals below one per cent do exist but are rare. Budget and online agents charge lower rates of commission but are unlikely to spend as much on marketing your home. On the other hand, just getting your property listed on Rightmove should be enought o ensure its exposure to most potential buyers.  Just because one agent charges twice the fee of a less expensive firm it doesn’t necessarily follow that they will do a much better job –  they may just spend it all on flash cars.

But, in theory, a good agent should recoup the difference in the fee for you by creating more buyer interest. However, you may still be able to negotiate lower fees, for example if you’re willing to show prospective buyers around yourself.

Unlike conventional estate agents some online services like Purple Bricks charge a flat fee at the outset – of around £1,000 – rather than charging commission on the actual sale achieved.   See our next blog which looks at the pros and cons of this option.

Estate agents will think nothing of suing you for commission.

As noted in our earlier blogs, it’s important to check the minimum term stipulated in the small print of their contract when instructing sole agents. Many sellers sign up for several months, promising not to instruct an alternative agent within the specified time. But if your sole agent then fails to perform, you are unable to appoint another estate agent to market your property until the agreement expires.

Watch out for a clause saying that only by serving a two-week notice after the minimum term has expired may an agreement be terminated.

This happened in a recent case when London agent Foxtons had arranged for an applicant to look round a £1.15 million property, but no offer was made because the house needed too much work. So no deal was reached. Some months later, the same buyer agreed to buy the property after the seller was contracted to another agency, Hamptons. Foxtons claimed their £20,000 commission fee from the seller on the grounds that they’d ‘introduced’ the buyer. But the Courts held that an agent has to do more than simply introduce the buyer to the property – they have to introduce them to the purchase. So commission was paid to Hamptons and Foxtons went home empty-handed.

This ruling suggests that commission should only be payable if an agent has already persuaded the buyer to make the purchase.

Our next blog – coming soon ……

The pros and cons of listing with fixed-fee online agents